Valley of the UFOS 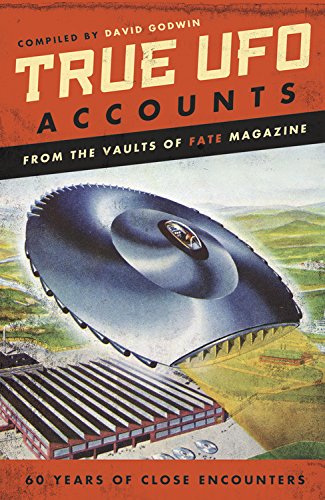 Valley Of The UFOs
by
Frank Joseph

More serious was an encounter of the worst kind experienced on the night of April 22, 1976, when police officer George Wheeler investigated a flaming red object hovering a hundred feet or so over central Elmwood. As he drove up beneath the craft, his radio abruptly ceased to function. Sometime later, David Moots, a local resident, saw the patrol car sitting silently and unlit in the middle of a downtown street. Inside, Officer Wheeler was barely conscious.

In response to ambulance technicians trying to save his life en route to the emergency ward, Wheeler claimed he had been hit in the chest with a painful red ray that shot from the UFO through his windshield. As his health rapidly deteriorated for causes his doctors could not determine, he repeatedly told them, to their disbelief; that he was dying from the mysterious effects of internal injuries caused by alien beings. Within six months after his April encounter, Officer George Wheeler died of unknown causes.

What is it about the Belleville-Ridgeland-Elmwood area that attracts visitors from another world? Whatever the reason or reasons, the relationship between extraterrestrials and the territories where they are sighted cannot be discounted. Investigators hoping to learn some answers may wish to camp out in Wisconsin’s Valley of the UFOs – if they dare.

This is an excerpt of an article titled “Valley of the UFOs” published in Fate Magazine, Volume 57 No. 2 Issue 646, February 2004. Frank Joseph is a regular FATE contributor and editor of Ancient American Magazine.