On the night of May 13, a circular blue light danced in the sky over a small city in Magé, Brazil before turning red and allegedly crashing. Some say the object descended and crashed into a lake, others say into a nearby forest. Then came the military, explosions and UFO crash site, all captured on video. (See UPDATE at end of article regarding military and explosions.)

Dozens of amateur smart phone videos from witnesses on the ground captured the nocturnal light’s movement, and some also included military helicopters flying over the city.

Lights in the Sky then Crash

“There is a light on the horizon, which has been standing still for over ten minutes,” says one person in a video. “And in the sky a lot of lights, lights flash, dim, increase and keep moving… As if it were coming from the other side. There’s a red one now.”

A Brazilian website reporting on the incident (and translated from Portuguese by Google) linked to several of the videos and witnesses reactions.

Rumors of an unusual military presence forming a blockade in the area spread like wildfire.

As daylight broke, the drama continued. Rumors of an unusual military presence forming a blockade in the area spread like wildfire, and multiple videos capture echoing booms, possibly gunshot or explosions, echoing through the air.

To cap it all off, one video comes from someone who claims they were able to make it past the military and capture the crashed UFO on video. The  suspiciously poor video, produced by one camera recording another video on a screen, shows a large orb sitting on the ground.  Watch the video of the video here. UPDATE: A clearer version of the alleged crash site footage reveals the footage indisputably phony.

Like hoaxers and internet spoofers everywhere, Brazilians love to make memes and trick people online. UFODays.net was not able to independently verify any of these videos, images or reports. But the sheer number of videos, online testimonies and continued drama in the daytime gives us reason to keep our eyes on this story. If possible we will work to verify this incident, but unless we learn Portuguese really fast, this will be a difficult task. 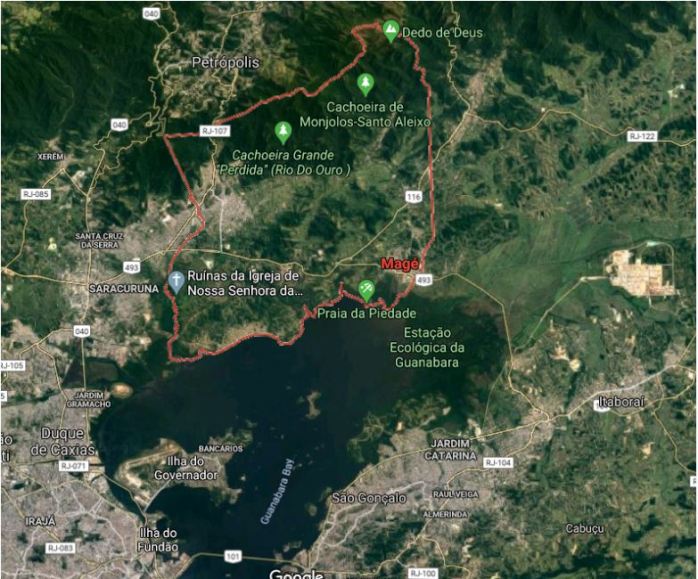 If anyone does speak Portugese, maybe you can tell us what this eyewitness is saying about seeing a military helicopter chasing the UFO.

For now, see for yourself. Here is a compilation of some of the best videos from the Mage incident.

UPDATE 5/14/2020 10:21 PM: New post on reddit from local resident states, “The explosions people heard on May 14th came from IMBEL as a celebration for the 44th anniversary of the company. It is an annual tradition. They make explosives, guns, etc. And, yes, they have connections with the military … Here is the website of the company: https://www.imbel.gov.br/noticias-imbel/242-44-aniversario-de-criacao-da-imbel