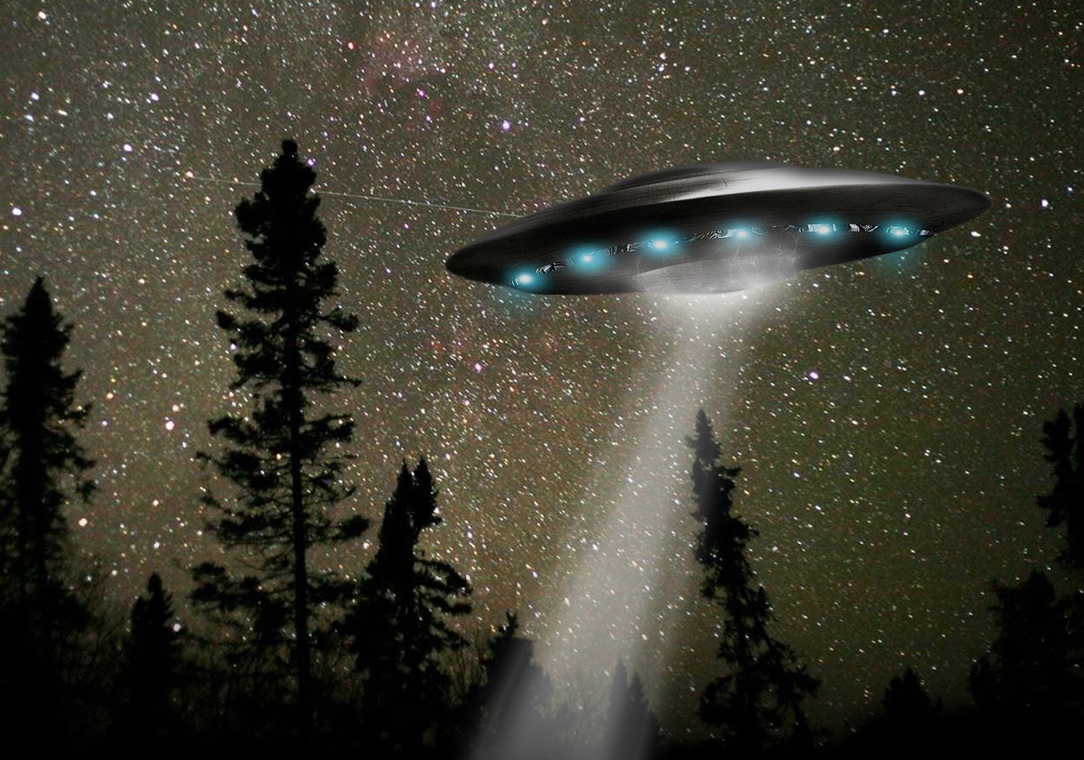 March 2, 1975. The craft first appeared as a bright star following the schoolteacher’s car. She and her children sang, “Star Light, Star Bright, First Star I see Tonight.” It wasn’t a star. It descended to intercept the vehicle, nearly landing in front of them. The children screamed. It looked like “two saucers that had been put together” ringed with lights and portholes. Carole Forster put the car in reverse, honked the horn, and drove backwards up the highway with the UFO in pursuit. She doesn’t want to talk about it. 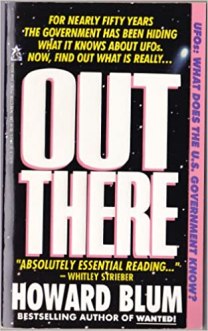 “I was always an unbeliever as far as UFO’s were concerned,” she said in 1975. “But I am not anymore.”[1] Carole Forster made her remarks to the local paper, the Elmwood Argus, in early March, 1975, just a week after the terrifying close encounter that changed her mind. Since then, her story has been told in numerous publications and venues, including a 1988 writeup in the Minneapolis Star Tribune, an appearance on the Geraldo Rivera show that same year, and a 1990 write up by New York Times investigative journalist Howard Blum in his bestselling book, Out There: The Government’s Secret Quest for Extraterrestrials.

To this day, Carole’s story is kept alive in the village where it happened, Elmwood, WI, the UFO Capital of the World. The encounter is retold at the annual UFO Days festival, but Carole Forster isn’t willing to speak about it. “Don’t even bother trying to ask her about it. She won’t talk about it,” her son, Tom Forster says, “Not since Geraldo Rivera humiliated her on national television.” So what really happened that night? Where can we get the real Carole Forster story? Even Howard Blum’s treatment of the incident has been accused of employing dramatic embellishment. Elmwood Mayor Feiler said that Blum’s telling of Forster’s encounter was “played up as much more dramatic than she ever reported it.”[2]

How did Carole Forster tell the story? We are pleased to have obtained the original version of the Carole’s story, exactly as she told it to the Elmwood Argus, only days after it happened.

Original 1975 Version of the Story

“I was always an unbeliever as far as UFO’s were concerned,” Mrs. Alfred “Bud” Forster of rural Elmwood said. “But I am not anymore.”

It all started when she and her three children, Mary, 9, Ann Marie, 5, and Tom, 4, were returning home about 8 p.m., March 2 from visiting her parents in Arkansaw. The Forsters live in between Elmwood and Eau Galle.

They noticed what they believed to be a particularly bright star soon after they started out and she laughingly said they even sang “Star Light, Star Bright”. As they continued homeward, she noticed the star seemed to stay right with them, but didn’t think too much about it.

She went through Eau Galle and when she turned the corner toward the Jack Baier farm, the bright “star” started dipping lower. She stopped the car and considered driving in the Baier farm but told herself she was just being foolish and continued on.

As she neared the Mrs. Carl Weber farm, the “star” was drifting just over the treetops and she decided to stop at the Weber farm. Mrs. Weber’s son, Roger, was there with his two children, John and Laurie, and they all observed the light. He told her that it definitely was not a “star” but that it could possibly be some kind of satellite.

She was reassured and warned him not to tell anyone how foolish she was, she started for her home that was about three miles away.

She had gone only a very short distance when the object gently settled down in front of her car and appeared to be preparing to land. She said it looked like two saucers that had been put together and was white in color with lights all around it. The lights were not intense so they could look at it and see the stick-like legs that protruded from the bottom. She said it was not large. It appeared about the size of a car but more circular.

The children were very frightened and were screaming and crying. She put the car in reverse and backed to the Weber farm. She blew the horn so that they knew something was wrong. The object then rose in the air above the trees but was still visible to the Webers when they came out of the house to see what was the trouble.

Roger Weber took his car and drove in front of hers and saw that she and the children arrived home safely. The object did not come down again but was still visible and reportedly, its lights glowed an orange color.

Mrs. Forster said she hesitated to tell anyone about her experience for fear they would think she had just imaged it. However, she has found that there have been a number of people who have seen UFO’s in the area in the past few weeks.

Whatever it was, Mrs. Forster and her children would rather not have it settle down in the road ahead of them again.

In the article, Carole mentions that she decided to tell the story to the paper only after hearing that “a number of people” had “seen UFO’s in the area in the past few weeks.” Among that number was Mitch Doverspike and Scott Fedie of nearby Durand, WI who reported seeing a craft like a big, round, very bright light hovering 200 feet or less above them before it shot away over the horizon. Read the Durand story here.  Other sightings of nocturnal lights were also reported from Wisconsin the same week, and even the same night, as the Forster encounter.

By the end of 1975, Carole’s story was just one of several similar encounters and sensational sightings in Wisconsin, Minnesota, Northern Iowa, and even local Elmwood. Her story, however, was the first in Elmwood to draw attention to the local UFO legacy which eventually inspired the quiet little village to claim the title “UFO Capital of the World” and to rename the town’s annual Founder’s Day Celebration as UFO Days.

Felt She Was Telling the Truth

Thirteen years after the incident, Carole was still willing to tell the story. A 1988 article in the Minneapolis Star Tribune cynically characterizes her as a someone who “clearly felt she was telling the truth,” a crass, unprofessional remark implying delusion.

… Carole Forster, whose voice still trembles slightly when she talks about her encounter on a road south of Elmwood with an “unusually bright star” one night in 1975.

She was eight months pregnant and had her three small children with her. Her husband was snowmobiling with friends, she said.

The light got brighter, approached her car, and “came down from the sky. It would have covered the entire road … there were a number of windows on it, around the sides. I was backing up and honking, I was so afraid. It started flashing and making jerking movements towards the car … it changed into a huge orange ball and flew away,” she said, and when she said it, she clearly felt she was telling the truth.[3]

In February 1988, Carole was invited to New York to tell her story on the Geraldo show. She went with Roger Weber, the corroborating witness who drove home with Carole and the kids that night, Doris Wheeler, the widow of the police officer George Wheeler who had two encounters in Elmwood, and Larry Feiler, the mayor and village president. They were to be featured on the show along with Tom Weber, an eccentric entrepreneur who was trying to raise money to build a UFO landing site in Elmwood.[4] 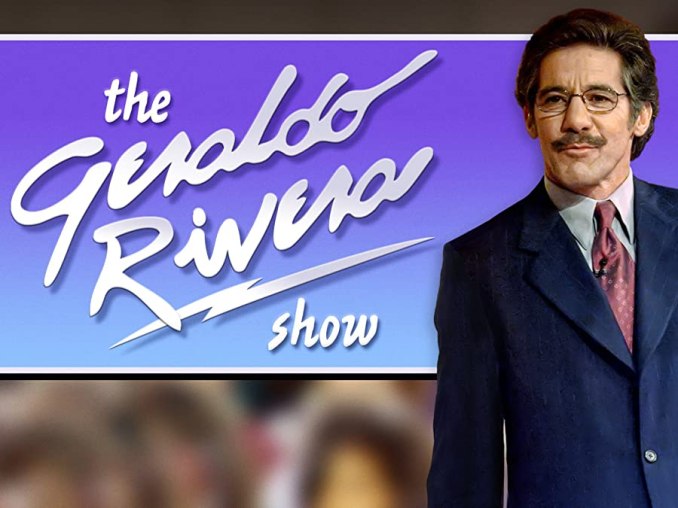 Our attempts to obtain a copy of the episode featuring the guests from Elmwood have so-far been unsuccessful, but according to Carole’s son Tom, the guests were treated unkindly and exposed to public ridicule and humiliation. That’s not surprising. In 1988 Geraldo employed shock and sensationalism to maintain his ratings, and his show had developed such a bad reputation for brawls and ugly confrontations that, in 1988, Newsweek coined the term “Trash TV” to describe it. After suffering humiliation from Geraldo, the quiet schoolteacher refused to speak about the incident further, as did the rest of her children. Except for Tom.

In 2018, Tom Forster volunteered to help the local UFO Days celebration by serving as a guide for a bus tour of the local sites where Elmwood residents have reported encounters. The bus tour proved to be a popular attraction. As the bus stops beside the gravel pit where George Wheeler had his encounter, along a cornfield beside the highway, in an old farmyard, and at similar spots outside of town, Forster tells the stories. He includes a few of his own.

For example, the bus stops in a farmyard where he and his wife had once lived. He tells of how, one night, they saw a large glowing object just outside their home hovering over a nearby pole shed. When Forster’s alarmed wife asked him what they should do about the UFO in the yard, Forster replied dismissively, “I’m going to bed.”[5] Over the years, he’s had few additional sightings of things he could not explain, the most recent in 2007, but nothing quite as dramatic as that terrifying night while a four-year-old in the backseat of his mother’s car. He remembers the agitation of his siblings and trying to hide under the seat. He also remembers how, even after arriving safely at home that night, the family could still see the lighted object in the distance hovering menacingly in the sky. Forster says that some time after the incident men from the military came to the house to question his mother and the children about the incident. No, he does not know what branch they were with—he was only four years old at the time. We’d have to ask Carole for those details, but she doesn’t want to talk about it, and we prefer to respect her privacy and leave her alone.