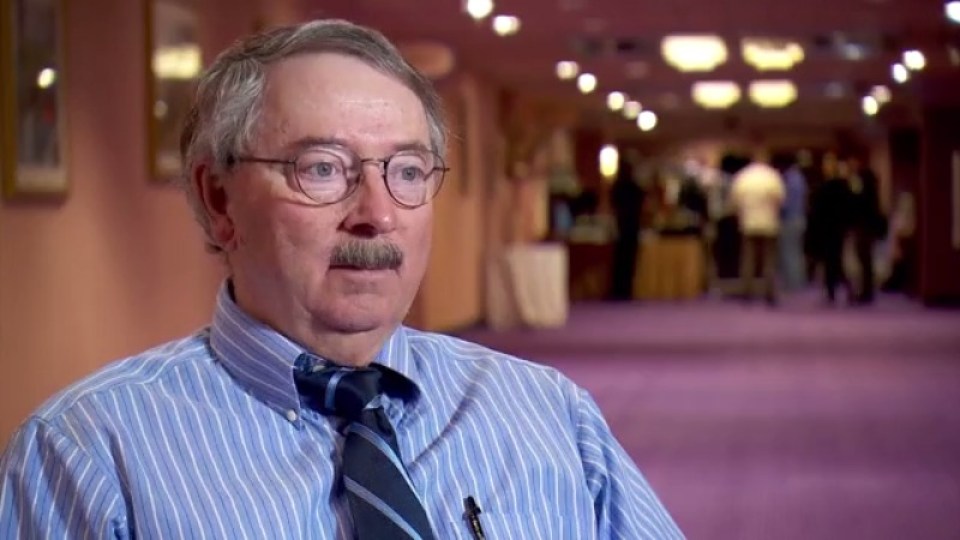 How are we supposed to believe anything this guy says?

Richard Doty was a featured speaker at a recent UFO convention (UFO Mega Con in Laughlin, NV), and after his presentation, he sat down for an exclusive interview to Mystery Wire’s George Knapp. You should watch the interview. Doty says some wild stuff. He believes that the MJ12 documents (although fake) have some basis in reality, that Area 51 has a UFO connection in the form of a secret satellite surveillance program that has possibly photographed extraterrestrial craft, that Bob Lazar’s stories are probably mostly accurate maybe, that there really is some deep government conspiracy that swallows up UFO evidence, and that UFOs pose a credible threat to national security.

The man sounds credible (except the dodgy endorsement of Bob Lazar for the sake of Knapp which Doty avoids by clarifying that he did not have access to the same levels of Area 51 as Lazar would have been working). But honestly, why should we believe him now?

The government likes to mess with people and to muddy the waters. Air Force Intelligence and the CIA get cheap thrills and giggles from creating confusion in UFO circles.

Rick Doty is a former special agent for the Air Force Office of Special Investigations (AFOSI). He’s infamous in UFO circles for feeding government disinformation into the UFO community. The Air Force used to use Doty to plant false stories and rumors among UFOlogisits about non-existent secret government UFO programs and to lead UFO researchers in circles. Why? Because the government likes to mess with people and to muddy the waters. Air Force Intelligence and the CIA get cheap thrills and giggles from creating confusion in UFO circles.

Case in point, the story of Paul Bennewitz, a scientist and UFO researcher who stumbled onto a classified Air Force program, thinking it was extraterrestrial phenomenon. Air Force Intelligence assigned Doty to feed the bewildered man disinformation. Doty forged documents and created false evidence to give to Bennewitz—ultimately pushing the man over the edge of sanity.

Doty’s story was featured in the 2013 documentary Mirage Men about how the US government used mythology to cover up their advanced technology. In the interview, Doty explains that the government finds the UFO explanation to be a useful way to keep secret military aircraft secret.

When you fly around a jet fighter that’s maybe going on a mission, or when you are flying under a B-52 bomber that has nuclear weapons on it … That’s a legitimate concern for national security.

Doty may have gone too far with the ruse more than once. In the interview, Doty says that the FBI suspected him of having forged the MJ12 documents. He says he was cleared of the charges, twice. But he believes that someone did forge them. But that they are based on real documents. Huh? What?

Doty is now retired and belongs to the Association of Former Intelligence Officers, and he claims that he’s met some thirty other former spooks who “all believe this is an absolute real phenomena, UFOs, and that there’s some sort of a threat … to national security, from these objects, from these crafts.” Doty says that his ten years of experience in the field gave him the same impression, “When you interfere with a highly classified project, or when you fly around a jet fighter that’s maybe going on a mission, or when you are flying under a B-52 bomber that has nuclear weapons on it … That’s a legitimate concern for national security. That’s a legitimate concern that we have to do something about.”

Doty does not claim to be on the inside of any secret government UFO programs, but he suggests that he has contacts who might be. When asked about the revelations that came through the New York Times story on the Pentagon’s Advanced Aerospace Threat Identification Program (AATIP), including the Navy gun camera videos, Doty referred to it as a “piecemeal” disclosure. “My sources tell me that this was just a very small fragment of the entire picture … I think it’s just piecemeal. I think that’s just like a sliver compared to what the government has.”