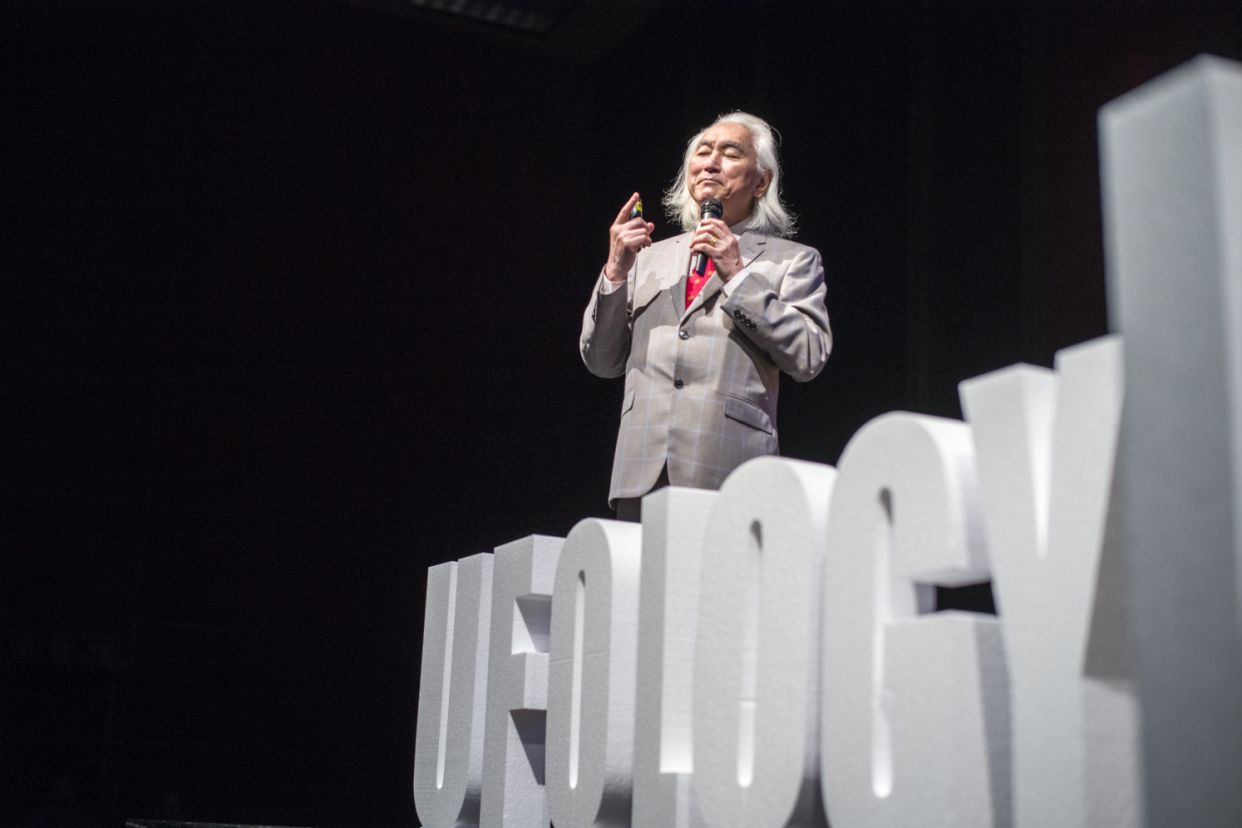 It was UFO Days last weekend in Barcelona where the highlight of the UFOlogy World Congress was an appearance by the world-famous physicist and string-theory theorist Michio Kaku. His mere presence in the list of speakers gave the conference an edge of mainstream credibility often absent from such gatherings. According to quotations in a Yahoo! News article, Kaku was especially impressed by recent reports from Navy pilots and especially the recently declassified and much-debated gun-camera footage that has been circulating. He is quoted as saying, “We now know they fly between Mach 5 and Mach 20 — five to 20 times the speed of sound. We know they zigzag so fast that any pilot would be crushed by centrifugal force. That they have no exhaust that we can see.” Kaku takes this as strong evidence that UFOs represent an advanced technology, possibly an extraterrestrial one.

His mere presence in the lineup of speakers might prove valuable to other mainstream scientists, researchers, and theorists who would like to join the conversation about UFOlogy but fear ridicule. Kaku is known for a little bit of sensationalism and media recklessness, but the popular theoretical physicist nonetheless garners considerable respect in the academic world. If it’s OK for him to commit the great taboo and flirt with UFOlogy, why shouldn’t other members of the scientific community?

Kaku admitted that the main thing hampering scientists from involvement in UFOlogy is a complete lack of physical evidence that might be subjected to any type of analysis or investigation. He comically urged the audience members to make the effort to procure a physical souvenir the next time they might be abducted or experience a close encounter. “For God’s sake, steal something!” he said.

In a separate interview with Yahoo!, Kaku explained, “Traditionally, there’s been the giggle factor. Every time you talk to a physicist or a scientist about UFOs, their eyes kind of roll and they start to giggle. Science is based on things that are testable, reproducible and falsifiable.”

The recent revelations from the Navy challenge the giggle factor. Kaku told the UFOology Congress, “We’ve reached a turning point. It used to be that believers had to prove that these objects were from an intelligent race in outer space. Now the burden of proof is on the government to prove they’re not from intelligent beings in outer space.”